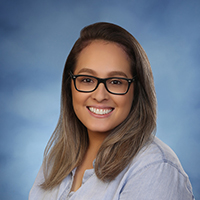 Gina was born and raised in Brooklyn and has recently made the move to Queens. She received her bachelor’s degree in Psychology from CUNY York College. She is currently in the last stretch of her master’s degree in Early Childhood Education at CUNY Hunter College. Originally, Gina wanted to study psychology, but after graduation she found herself more interested in being in the classroom. Although she never thought she would be a teacher, her family knew this is where she would end up! This is Gina’s fourth year as a teacher, her first year at the Mount Carmel Early Childhood Center, and she is excited to be a part of this program.

In her spare time, Gina can be found at SoulCycle, reading or watching a movie at home with her dog and boyfriend.